Great things are on the way! Our store may be under construction but it's coming soon and it's going to be paw-some!

When your friend decided it was time she adopted a Chihuahua puppy, you were all but happy. Everything was going really well. She managed to connect with the pup. They became best friends, took long walks, played all day long, but when you got into the picture, her Chi started behaving aggressively, and she even tried to bite you once. So, you asked yourself what was wrong with you and why Chi hated your guts. Before that, you thought of adopting a Chihuahua puppy yourself, but now you are not so sure anymore. Why is her Chihuahua so mean? The answer is, she isn't.

In other words, there's nothing wrong with you or your relationship with the pooch. The real reason is – Chihuahua needs training. So, if you happen to be a novice owner of a Chihuahua pup, you might be interested in today's topic. Today we bring you helpful tips on how to train your Chihuahua pup.

Many people believe Chihuahuas have special characters that can't be changed no matter what you do. But the truth is, that is simply not true. And while they can act bigger than they actually are, be standoffish to strangers and people outside the household, get aggressive when around other dogs, jumpy to anything and everything, even snappy when around children, the fact is – Chihuahuas can be and must be properly trained. 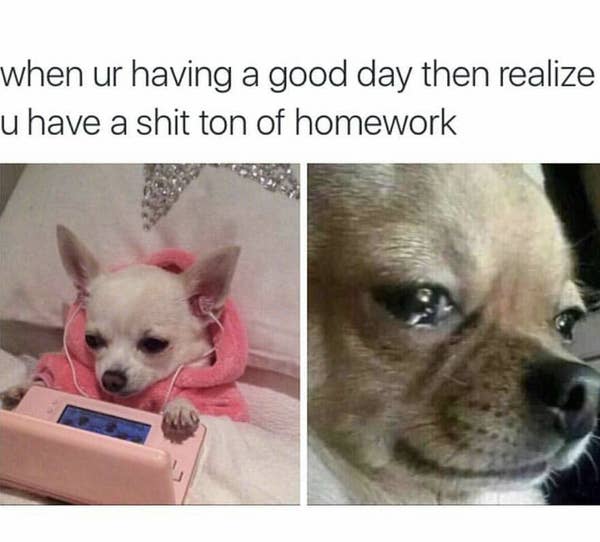 You don't want your pup to create problems wherever you go, having to worry about whether they would bite someone or get into a rift with another canine. You want to make sure your Chi is well-behaved with good manners, right?

Well then, the good news is, Chihuahuas are very energetic and playful little creatures. They enjoy physical activities and overcoming tasks that activate their brains and abilities to learn. They are affectionate and get easily emotionally attached to their owners, and if the owner lets them do whatever they want and whenever they want it, they get an impression that they are the bosses of the play and that's when you may notice their unfriendly behavior towards others. In their heads, a strange environment activates their desire to protect their territory.

The even better news is, you can teach them to become friendly little puppets everyone will adore. Wanna know how? Keep reading.

When training a doggo, positive reinforcement is your best friend. Dog food has, by far, shown the best results when it comes to teaching dogs simple commands. Make sure you supply yourself with enough dog food for the day, and you're good to go. The training session may begin.

Everything starts in the house

As we have previously mentioned, when untrained, Chis behave as if they are the masters of the situation, which absolutely needs to be overruled.

The first step on this journey is to show your pup who is the boss, who is the leader of the pack.

That means you decide the time interval at which your pooch eats. That way, you show your dog who's the rule maker.

Leash control is essential. You are the guide when taking her outside, not she. Don't let her go wherever she wants. Have it your way. BUT! Avoid pulling on the lead, and don't use choke collars, as their necks are extremely tender. You don't want to hurt your doggo, right?

Okay, now, the best way to have complete control of your Chi's moves is to use a cute little harness to make sure she's following your directions as gently as possible.

„Potty“ train. Train her to use the crate because due to their small bodies, Chi's bladder needs emptying more often than other dogs', and most often you don't have the time to take her outside more than twice or three times a day.

Also, decide what are the places and furniture pieces your Chi is allowed on, and which are a big NO-NO.

Don't jump worried whenever you hear a bark or two. By simply ignoring unwanted behaviors you are on a good way to establish long-term control over your doggo's socializing process.

We guess that by now, you know you must be the alpha of the pack. But what else can you do to make your Chi a desirable companion?

Simple comands will make your life so much easier

Among the first things that help you establish the firm ground for your Chi's examplary behavior are – simple commands.

Before you begin the simple command session, arm yourself with a lot of patience. Bear in mind that Chihuahuas need more time to pick up all the commands.

So, take time. Step by step. One command at a time.

Additionally, when teaching your pooch, put them on a table or a piece of furniture you are comfortable for them to stand on. Due to their tiny little bodies, you may soon get tired of constant kneeling or bending.

Except for the simple command thing, another important thing to socialize a Chihuahua is…

Exercise their mind off

Now that basic commands have taken a place in their little brains and made them listen to you whenever you use them, it's the right time to take your Chi to the dog park.

Small dogs, such as Chihuahua, require a fair amount of exercise. They are full of energy, playful, and love to spend time outside with their beloved owners.

Anyhow, dog parks can be a great place to get further in socializing your Chihuahua and make them confident when they are surrounded by other doggos.

One of the first tricks people teach their Chi is how to play fetch. Make sure to bring dog crackers with you as positive reinforcement and be patient when repeating commands over and over again.

Chihuahuas adore exercises that stimulate them mentally but you need to tame that energy to avoid their big manipulative personality to stretch out its tentacles. Most importantly, make sure you're creative and occassionally change the training methods so that your pooch doesn't get bored.

However, when taking your Chihuahua outside, make sure the temperature is not below 35 degrees, as Chihuahuas, being the ''toy breed'' doggos tend to be cold. In order to prevent that from happening make sure to read our ultimate guide on how to dress your Chihuahua pup when it's cold outside, baby.

When you are a novice owner of a Chihuahua, detecting those early signs of alertness is nothing short of a regular practice. The fact is, Chihuahuas are very watchful, which sometimes may bring you in an uncomfortable position of defending other people from her boastful snarling and barking.

We want to avoid that, don't we?

Well, there is a perfect little trick you can use to get your Chi accustomed to other people's need to stroke her, without them ending in sudden hand pull-back.

Nose touches are a great way for your dog to associate your touch of the hand on their nose with a positive movement. Slowly, they will start to recognize stroking as a gesture of kindness.

Once this has become a regular practice, you can try it on other people as well.

And by now, you think, what else is there to teach my Chi? Read on, there are more things to come.

Let her walk and the nature talk

Chihuahuas belong to the petite canine group, and, as such, are wrongly believed they're too small to walk a long distance so owners tend to carry them around.

Yes, carrying your prince may be one of the best things about having a small dog, but believe us, you are not doing him a favor or yourself.

Let your Chi explore the world by themselves. It's extremely important to teach them how to walk outside and to go to the toilet on their own. That way, they will start indicating their need to go out more often, without you having to take care of it for them.

Variety is the key

As a breed, Chihuahuas tend to get attached easily. They are claimed to be unsuitable family doggos or too jumpy when around children, but that does not mean a well-trained Chi can't be a great addition to your family.

To dodge some of these claims and prove them wrong, there is another thing you can do to make your pooch more open and amicable.

Use a variety of different toys to stimulate their brains to different objects and diversity. Also, you may take their toys to different places every now and then.  That way your Chi will get accustomed to all kinds of surrounding and improve their adaptability.

If they can be alone, you have done your job right.

More than other pets, dogs don't like being left alone. Chihuahuas are no exception. They just love spending time with their owner and in surroundings that feel comfortable and secure.

But the reality is different, and the thing is, there will be times when you have to go outside and leave your pet home alone.

When on their own, they may get stressed, start shaking, barking, do nasty things outside their crate, even destroy furniture and other house appliances.

So, how to train your Chihuahua pup to be a loner?

One of the ways to make sure they won't do anything stupid while you are away is to get them tired. How to do that? Well, by playing with them or even better, include some physical activities outdoors such and walking or running.

When tired, they are less likely to become yappy and more likely to fall asleep.

Also, if they have a favorite toy, make sure it's in their vicinity.

Now that you have successfully managed to calm your doggo, it is time for the next stage.

Instead of telling them off or yell at a sign of undesirable behavior, reinforce the positive.

So, once your doggo has been taught not to react to the things they previously did, it is time to award them for being good boys and girls. But how?

Well, believe it or not, with words. Encourage them by telling them how good they are, stroke them or reward them with anything they like, be it a dog cookiem, or anything else that works for you.

That being said, when training your princesses and princes, you need to be extra careful. You are the one to create a safe and secure environment in which they will feel confident.

Don't force them to do anything they don't like and avoid creating unstable surroundings where they can feel threatened. For example, when introducing them to bigger doggos, do it gradually and from a fair distance. Don't push your Chi into an unknown territory too fast, as they will most likely feel unprotected and unsafe.

If at any moment you become aware of you Chi's stressed behavior, abort the mission and try again later. They will be thankful to you.

Another crucial thing when embarking upon this endeavor is to start VERY EARLY.

Start training your Chi when they are just a puppy. Otherwise, the older they get, the more stubborn they become.

You know what they say: You can't teach an old dog new tricks.

The next time someone says how untrainable Chihuahuas are, just show them your precious little pet and prove them wrong.

While they are not as easy to train as, perhaps, other dog breeds, they will most definitely learn as long as you provide the right stimuli for them and create a safe and sound atmosphere for their learning.

Now that you have gained enough knowledge of how to train your Chihuahua pup, it's time to get to the business and show others how well-behaved and awesome your pet actually is.

If you liked this article, you may also want to read 10 Cutest Chihuahua Mixed Breeds 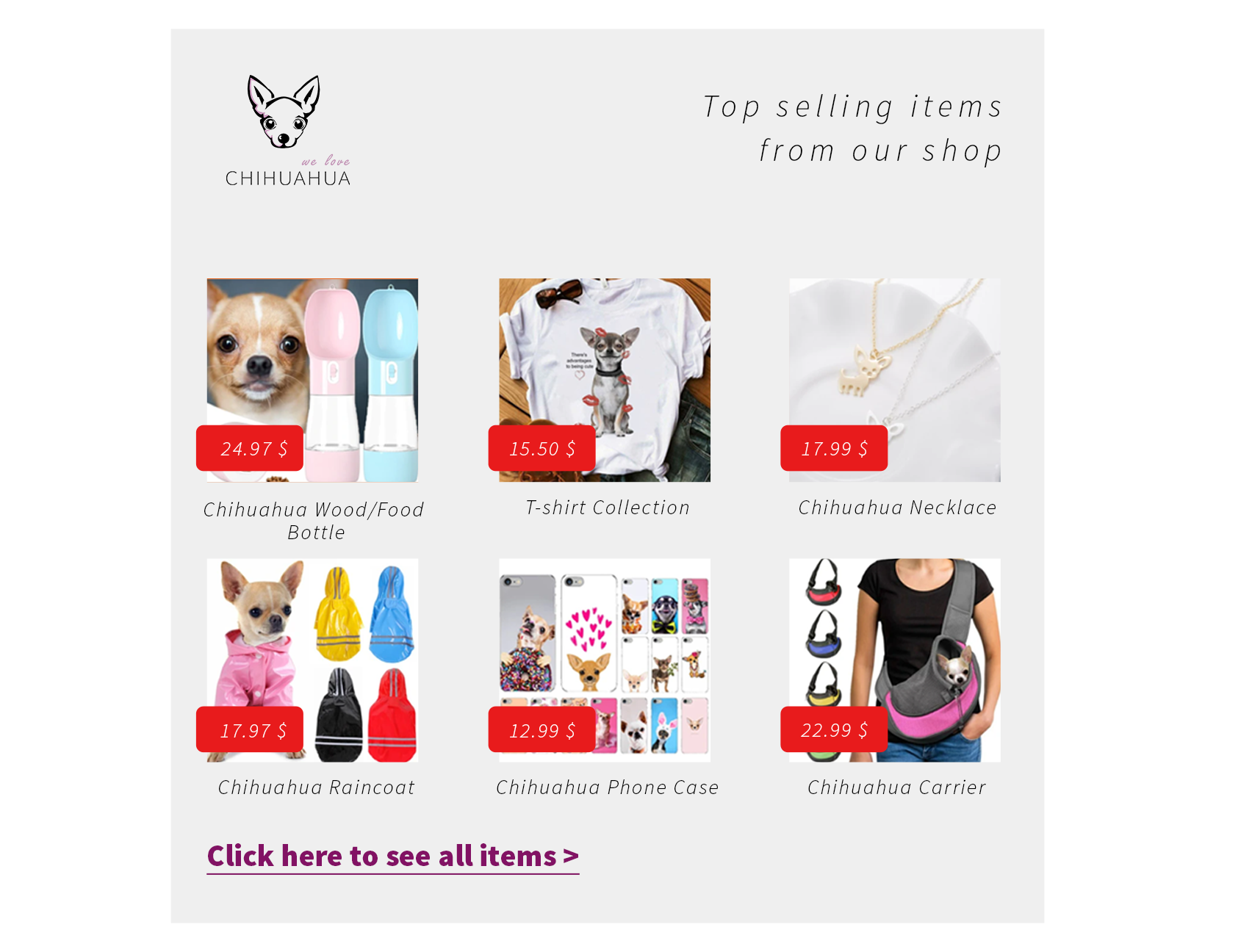 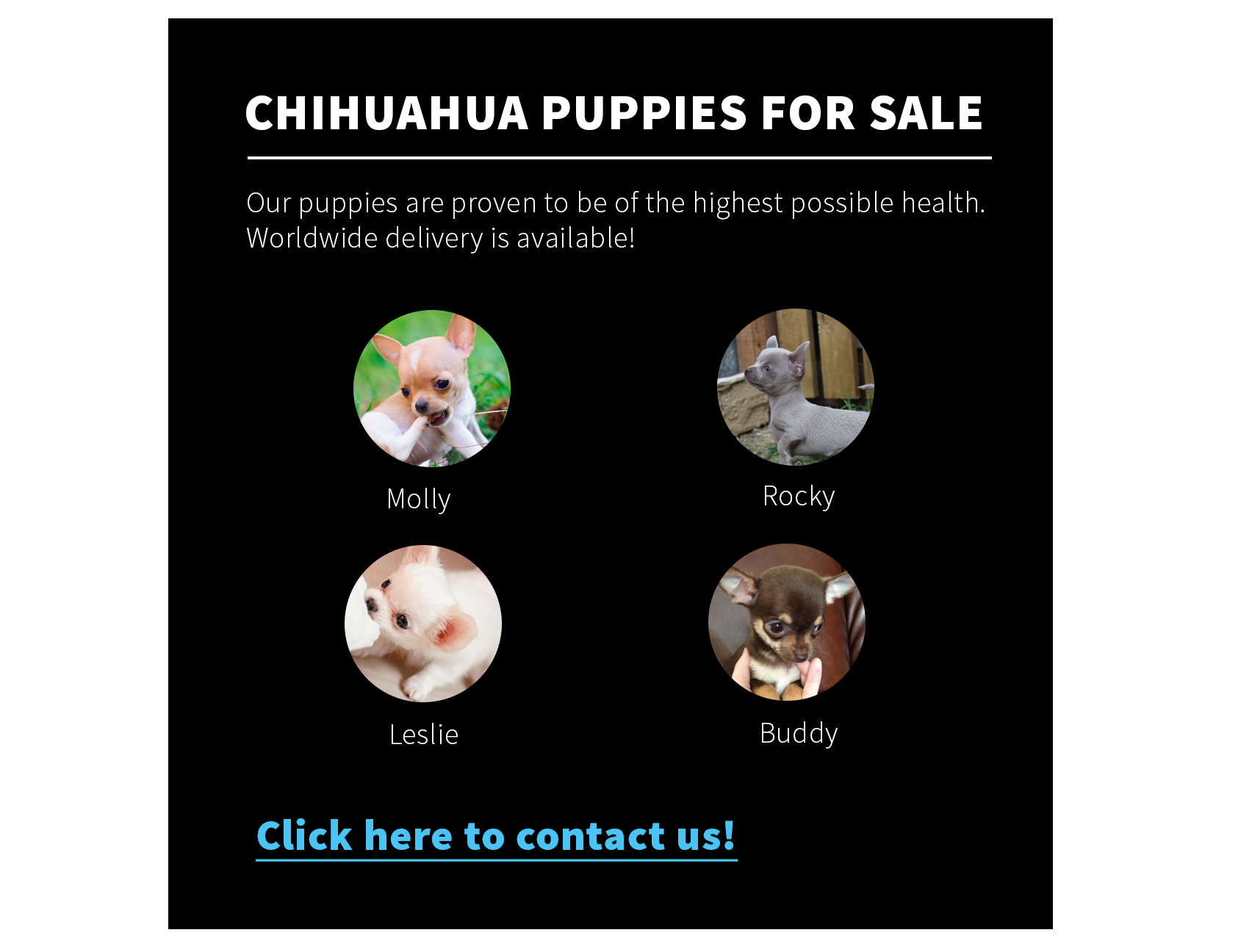